It was over in three moves. A mental haptic jolt bunted Gideon awake, and there she was: rapier held still to Magnus’s chest; Magnus with the good-natured but poleaxed expression of a man caught mid-practical joke; four sets of staring, equally blank expressions. Their very good looking arbiter’s mouth was even hanging very slightly open, lips parting over white teeth, gaping dumbly until she caught up –

“Match to the Ninth!”

Gideon Nav has packed her sword, her shoes and her dirty magazines. She is waiting for the shuttle to arrive – but just five minutes before she’ll be safely away, all her plans are shattered by Harrowhark Nonagesimus, Reverend Daughter of the Ninth House and a necromancer. The Emperor has invited the heirs to each of his loyal Houses to a deadly trial of wits and skill. Should Harrowhark succeed she will become all powerful and immortal. But each necromancer has to bring their cavalier – and guess who suddenly becomes the cavalier of the Ninth.

This book was massively hyped before its publication – more than enough to make anyone suspicious. However, to me it lives up to all that hype – I love it. Like Charles Stross said in his blurb on the front cover: “Lesbian necromancers explore a haunted gothic palace in space! Decadent nobles vie to serve the deathless Emperor! Skeletons!”

The story simmers along slowly unveiling more and more information while keeping your attention occupied with fascinating characters, locales, hidden plots and feelings being exposed. The book is divided into four acts and each act see action and information being upgraded a notch. In act four things are deftly and heart pounding summed up in an action filled ending, with a cliffhanger to make you want the next instalment now!!

TOR really produced a beautiful book. To watch some of the details, press the button.

The page edges are painted black, but only on the first printing. However, the skull printed on the front of the binding is also on the second printing at least. 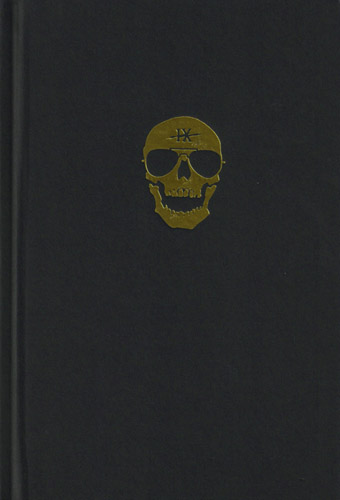 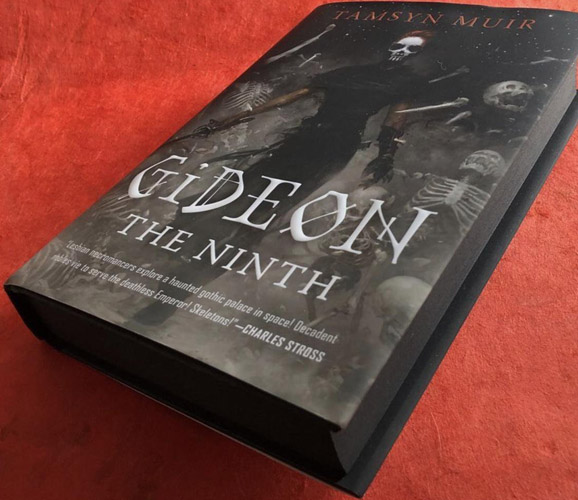 ..and here is the beautiful front cover without any disturbing text: 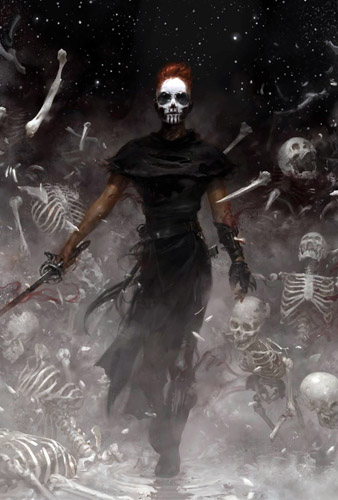 As an extra here is a preview of the cover for Harrow the Ninth – also by  Tommy Arnold: 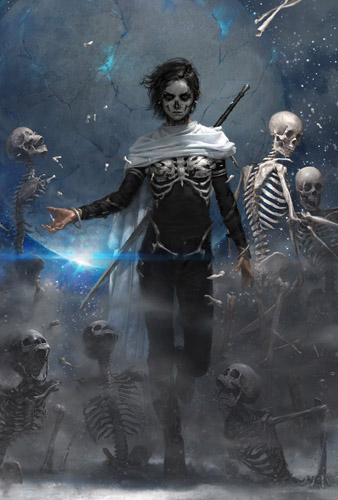 As you can see below, there are a lot of fighting skeletons in the book 😉